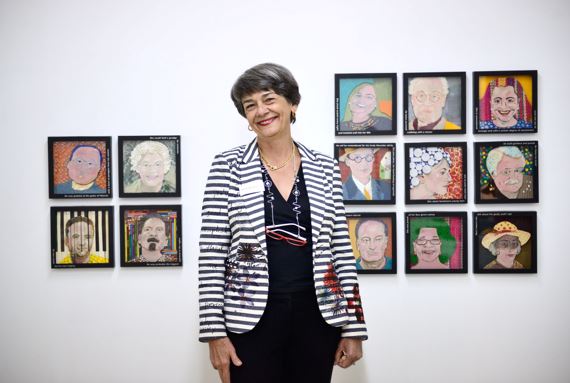 Cecilia has exhibited widely, including solo exhibitions at the Royal Commonwealth Society with Canada’s High Commission in London, England, and at the Museum of Modern Art in Cartagena, Colombia; group shows in Spain, Chile, the Institute for Modern and Contemporary Art in Calgary, and numerous other solo and group exhibitions in Canada and abroad.

Cecilia’s work is in the collections of the Museum of Modern Art in Cartagena, Colombia; the Law Society of Alberta; IBM Canada, Mobil Oil Canada; the University of Calgary; and private collections in Canada, the United States, England, France, Holland, Colombia, and Argentina.

Her awards include two Killam Awards and three Queen Elizabeth II Doctoral Scholarships. Cecilia received the Immigrant of Distinction Award from the Calgary Immigrant Aid Society for her tireless work with the local art community that included initiating a yearly local arts festival.

Cecilia was born in Colombia and immigrated to Canada in 1969. She is married, has five children, seven grandchildren, and a dog.