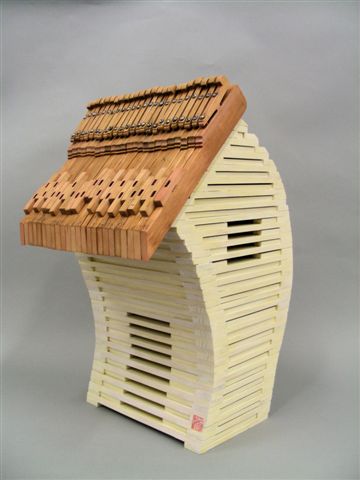 This series consists of pieces inspired by the pilgrimage to Santiago de Compostela in northwestern Spain.  Works can be divided into two groups: those in the first group are in the form of reliquaries, while the ones in the second group make reference to the round arches and blunt, heavy walls typical of a Romanesque church.  Some of the pieces were inspired by illuminated manuscripts and by music notations.  I have also used Christian Romanesque and Islamic motifs to reference the crossbreeding of styles that took place during the long Muslim occupation of Spain.