Translations is one of my persistent series, an idea I return to again and again. It started in 1995 when I did an alphabet with each letter represented by a piece inspired by a famous artist—not copies of those works, but definitely works inspired by and reminiscent of famous pieces. For example, B was for Botero, D for Degas, V for Vincent.

For the second evolution of this series I took famous pieces (again!) and put my family in place of the people depicted: Last Night’s Supper, The Card Game, The Wedding of Giovanna Arnolfini and Her Husband, Beef a la Klimt, Conversation with Magritte, The Three Graces; all of these in 2000. Others in this series were Entourage (based on Velasquez’s Las Meninas) (2000), Four and Twenty Blackbirds at the Last Supper (2001), The Artist’s Daughter (after Whistler) (2002).

I am back at it. This time I started with the image of the Infanta from Velazquez’s Las Meninas (again). This is perhaps the most quoted image in art, inspiring works by artists like Picasso, Dali, and even the Simpsons; Google alone listed 215,000 images at last count. Some artists like Manolo Valdés have made a career of the Infanta and have used her image in multiple works. I have chosen to portray her in isolation, using different textures. 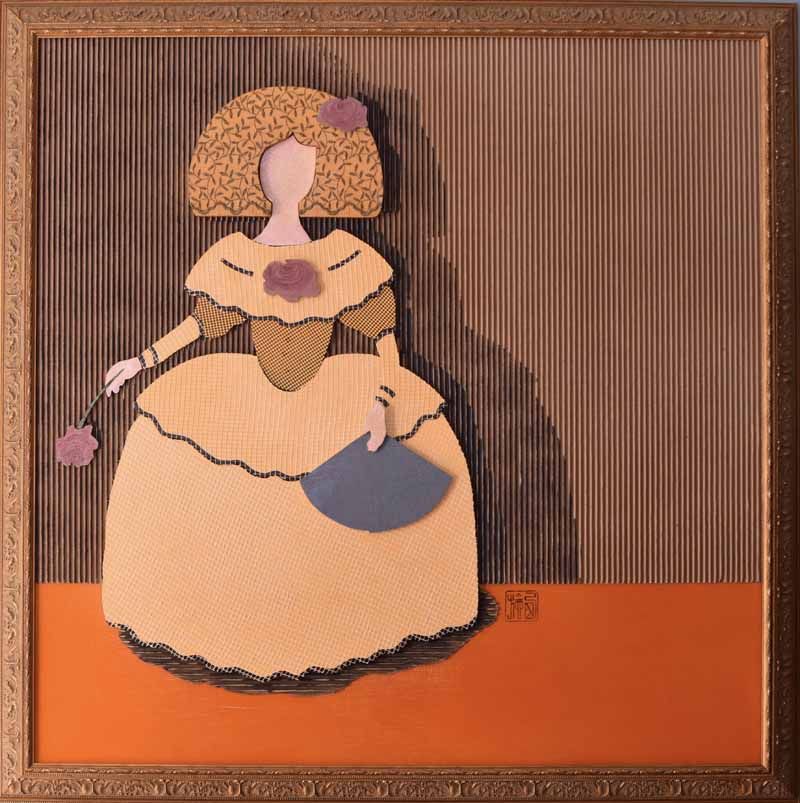